Everything about betting on Team Spirit

Team Spirit is a Moscow-based Russian gaming entity. A waiter, a model, and a prospective doctor formed the team after quitting their jobs and studies to pursue their passion for gaming. They established the team in 2015 and have gone on to compete in Counter-Strike: Global Offensive, Dota 2, League of Legends, and Hearthstone tournaments. In just six years, the group has risen to become a top esports team.

Their primary objective is to compete against the best gaming clubs in the world and perform consistently at the top level. Through engaging strategic and purposeful collaborations, the team aims to impact their society. 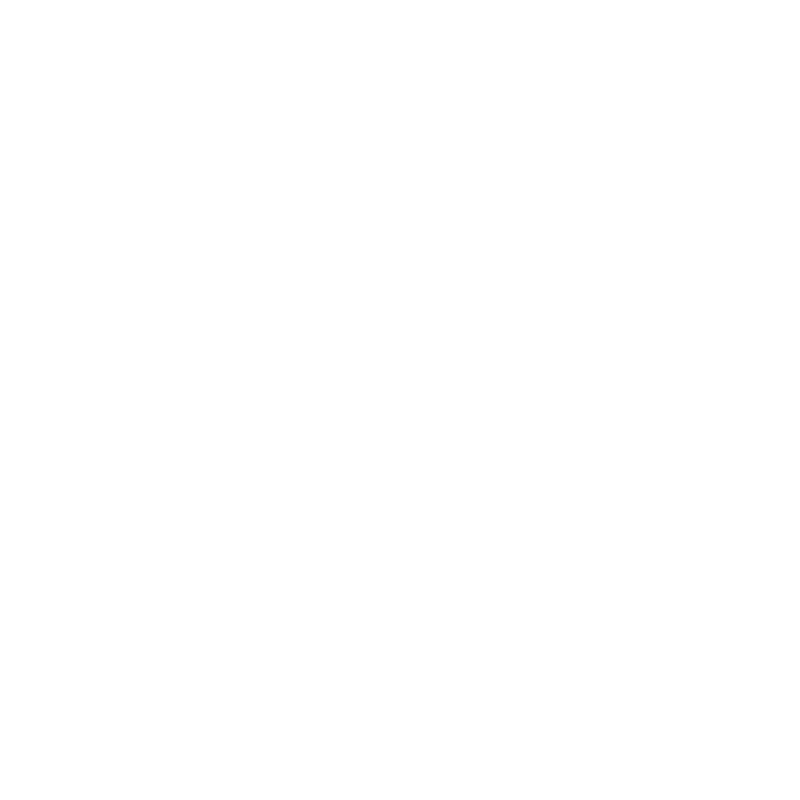 It was confirmed in the summer of 2021 that the DPC season would not begin until the latter part of the year. During this time, Team Spirit experimented with new roster formation strategies. They wanted to find new names to help them build one of the best esports teams. Of over 80 interested gamers, only 12 will be shortlisted for all positions.

The Yellow Submarine outfit was founded and immediately started to represent Team Spirit in various competitions. According to Chukalin (the group's CEO), the whole renaissance and the signing of Yellow Submarine's roster were part of the team's goals.

The signing was announced on the team's official website and social media accounts. The esports team also announced the addition of Silent as a new coach (Airat Gaziev). In December 2020, Team Spirit made a triumphant return to Dota 2 with the former Yellow Submarine roster.

Each participant on this team decided to discontinue their studies and jobs to train. The team's gamers for the CS: GO competitors are all Russian. These are Chopper (Vishnyakov Leonid), Magixx (Vorobyev Boris), Degster (Gasanov Abdulkhalik), Patsi (Isyanov Robert), and S1ren (Ogboblin Pavel).

Silvername (Vladislav Sinotov) from Russia is the only representative for the team in Hearthstone tournaments.

After acquiring CIS Rejects in December 2015, Team Spirit made its debut in this game. It has risen through a series of mixed results to become one of the strongest teams in Dota 2 tournaments. It solidified its place among the globe's best teams. In the Grand Finals of the International 2021, the team defeated PSG.LGD.

They earned a total of US $18,208,300 for these exploits. It was the highest reward ever in the history of video gaming. They were the first Eastern European team to win an international since Natus Vincere won their debut match in 2011. After their victory, Team Spirit has become one of the most popular esports teams has amassed a large following and business deals globally.

In June 2016, the organization signed Team Phenomenon members. Throughout major championships, the group has progressed to compete fairly. iDISBALANCE (Artem Yegorov) and chopper (Leonid Vishnyakov) joined the team three years after it was founded. Both COLDYY1 (Pavel Veklenko) and SotF1k (Dmitriy Forostyanko) were fired from the team the same year. Their goal is to recruit promising players who can represent the club in major tournaments around the globe. Mir (Nikolai Bityukov) from Gambit Gaming and 17-year-old Magixx (Boris Vorobyov) from the ESPADA team was brought in to replace the fired players.

Why Team Spirit is popular

Even though the team faced household teams after its formation, it has demonstrated to all that it should never be downplayed. They did not fare well in the initial and subsequent tournaments either, but outstanding results in a few games have made fans recognize them. By learning from their own mistakes and making continuous improvements, the team won the BTS Pro Series Season 4: EU/CIS after finishing among the top 5 (4th) in the Epic Prime League Season 1 (2020).

Team spirit has gained massive popularity via their Dota 2 outfit. Top finishes in various tournaments where they have upset top names have worked in favor of their popularity. The International 10 was one of the most exciting tournaments to watch, and fans followed Team Spirit's journey to victory. This was when they gained the most popularity by demonstrating that they were the season's ultimate dark horse by defeating the previous champions (OG Esports).

The European-based team (OG) Europe won the 2018 and 2019 editions of The International. They started in the lower brackets, eliminating the tournament's favorites and the strongest teams. The team slowly progressed until they eventually won the largest prize pool in video gaming history after an exciting 5-game final.

In August 2020, the great era of the current team spirit started. At that moment, five players banded together under the name Yellow Submarine. The team did exceptionally well, even reaching the top of the CIS rankings. As a result, Team Spirit acquired it as one of its divisions and agreed to sign all its gamers. The team, however, did not compete in the Dota (2020) championships after the event was canceled due to the global COVID- 19 pandemic.

The International Dota 2 Championships are the most lucrative gaming events. They have set a world record for prize money offered throughout the last six tournaments. Following a change in the event location, last year's event was held in Bucharest, Romania. At first, the appearance of the public in the stands had been anticipated, but due to the danger of COVID-19 spreading, Valve (the host) decided to forego having the public in attendance in favor of a virtual model to follow the games.

In terms of prize money, the 2021 Tournament was a record-breaking event. It had total prize money of $40 million, of which $18 million went to the winning team - Team Spirit. They managed to revenge their previous loss to PSG: LCD in the OGA Dota PIT Invitational, where they managed second place. Thanks to the community's purchase of Compendium and Battlepass, Valve was able to guarantee this prize. As the Dota Pro Circuit resumes this year, Team Spirit uses the experience gained over the previous tournaments to obtain the best equipment for their daily training.

Other notable Dota achievements in Dota competitions include: winners of the DPC EEU 2021/2022 Tour 1: Division I (Tier 2) and the Pinnacle Cup (Tier 2). They also managed to finish 3rd in Galaxy Battles II: Emerging Worlds in 2018 after they had won the Almeo Esports Cup (Tier 3) in 2017.

Additionally, it has been a runner-up in some other major competitions too. These tournaments are the Champions Cup Finals, StarLadder & ImbaTV Invitational Chongqing, all in 2018, and the CIS Minor Championship (2017) in Atlanta.

The Dota 2 roster is best known for their accolades in Dota 2, in which they won the grand prize at the International 2021. Diamondprox (Danil Reshetnikov) and Edward (Edward Abgaryan) are two of the most experienced players on the CIS scene. Diamondprox is a renowned jungler with a lot of experience. In Seasons Two and Three, his daring strategies shaped the competitive matchup. He was the first to discover the efficacious use of the counter-jungling strategic approach. His games are always offered on the best esports betting sites.

Edward is best known for his hostile playstyle as a support in the botlane and is regarded as a fantastic Thresh player (possibly on par with Korean player MadLife). In the early days of League of Legends tournaments, both of them were known as the Moscow Five. The team was known worldwide for being the first to make a significant impact on the Korean scene's supremacy. These two are popular in the gaming community and are helping with the growth of Team Spirit.

Miposhka (Yaroslav Naydenov), the famous esport team leader and eldest member, started competing in the 2017 tournaments as part of a separate team. He quickly rose to the top ten best players and was regarded as a promising captain. His fame faded quickly, and he was diagnosed with depression in 2019. After a year, he joined Team Spirit and is now one of the team's best players.

Where and how to bet on Team Spirit

Users can explore a wide variety of esports markets as long as they are of legal gambling age and esports gambling is legal in their country. Gamblers must choose between real money and skins (virtual items in games) when betting. Skin gambling is currently far more prevalent than cash wagers. Sportsbooks, lotteries, roulette, and coin flips are all popular types of sites. CS: GO skins are the most popular currency in skin bookies and account for more than 80% of all wagering activity.

Betting on the winner of any Esport match is one of the best strategies. Handicap betting on the Match Winner market and Correct Score betting are also favorable options. Users can also wager on the number of maps won by a team in a series and rounds won on a map handicap. Drawn Game (or Overtime) and Over/Under markets on Total Rounds Played on a Map are all available, even though they are a bit tricky. To improve the chances of success, more research into the teams' past performances and even current announcements is required.

Through their Dota 2 division, Team Spirit has experienced tremendous popularity. Top finishes in several competitions, where they defeated well-known athletes, have helped their notoriety. Fans watched Team Spirit's ascent triumph in one of the most thrilling tournaments to witness, The International 10.

Parimatch is among the best esport betting sites that is trustworthy, where punters can always place wagers on their favorite esports, tournaments, or football club. Parimatch offers live betting, ongoing sporting news, and championships' standings. The betting provider also provides detailed stats and daily analytics. Punters can wager on over twenty sports from more than fifty countries. These events cover over two hundred leagues having more than 500 daily sporting events.