Everything about betting on Astralis

Astralis, also known as AST, is undoubtedly one of the best eSports teams in the world. The Danish outfit has scaled the heights to become a dominant force in the top eSports tournaments and competitions. In this round-up, find out every detail about Astralis, from its establishment to the various games it has rosters in. Also, find out about the team's accomplishments and achievements in the global eSports arena and, importantly, how to bet on Astralis.

Astralis is a famous eSport team founded in 2019 after its founders bought RFRSH Entertainment, an eSports company started in 2016 by Nikolaj Nyholm and Jakob Lund Kristensen. RFRSH Entertainment had teams in two divisions, Counter-Strike: Global Offensive (CS: GO) and League of Legends. After RFRSH Entertainment's acquisition, the two teams started playing under the Astralis brand. As a result, the players in the respective teams, as well as the key staff, also moved to Astralis. 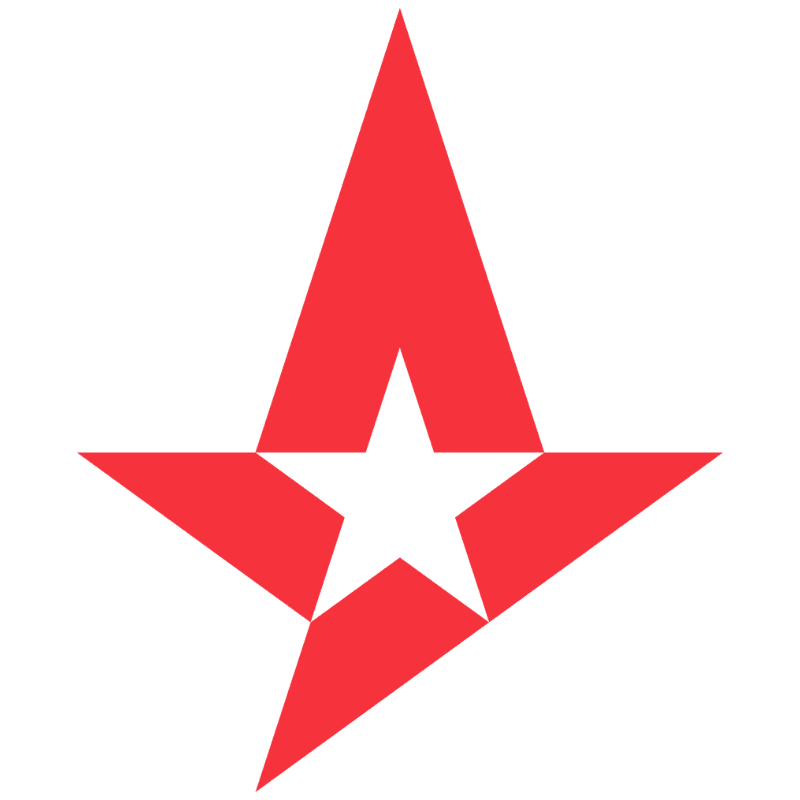 Owned by Astralis Group Management ApS, Astralis holds the record as the first eSports franchise to be publicly listed after its listing on Nasdaq First North Growth Market in December 2019. According to the latest financial reports from the company, Astralis' net revenue for the 2021 fiscal year was around $10 million, a 45% increase from the previous year.

Today, Astralis is among the most popular eSports teams. It partners with some of the world's leading brands, including GARMIN, POWER, Aim Lab, Logitech, UNIBET, Turtle Beach, OMEN by HP, Hummel, Secretlab, Next Level Trading, and Bang & Olufsen, just to mention a few.

While Astralis started as a top esports team in CS: GO, it has expanded to other divisions. As of 2022, the eSports outfit has rosters in Counter-Strike: Global Offensive, League of Legends (LoL), Fortnite, FIFA, and Rainbow Six: Siege.

As mentioned earlier, the two pioneer teams participated in CS: GO and League of Legends. Immediately after acquiring the two RFRSH Entertainment teams, Astralis went ahead and established a FIFA team formerly known as Future FC and later on launched a Rainbow Six: Siege roster, formerly known as Disrupt Gaming. On the other hand, the Astralis Fortnite team was formed in 2021 after the signing of 'Th0masHD', one of the best pro players in the battle royale game at the time.

Today, all the five teams play under the Astralis umbrella in the team's official colors, black and red, with the Astralis logo.

While Astralis has teams in five eSports divisions, its dominance is in Counter-Strike: Global Offensive. The team's success in CS: GO can be attributed to the acquisition of RFRSH Entertainment's roster that included some of the first-person shooter's hotshots, including René "cajunb" Borg, Andreas "Xyp9x" Højsleth, Finn "karrigan" Andersen, Nicolai "dev1ce" Reedtz, and Peter "dupreeh" Rasmussen. Besides the rich roster, the role of the team's coach, Danny "zonic" Sørensen, can't be ignored. The former CS: GO pro player has been pivotal in the success of the Astralis CS: GO team. He won the 'Best Esports Coach' at The Games Award 2020.

One of the other ones to watch is the Astralis FIFA team. Just recently, Stephanie "Teca" Luana became the first woman to qualify for the coveted FIFA's Challenger Mode. That's a sign the Astralis FIFA team is poised for greatness. The return of Andrei "Xerxe" Dragomir to the Astralis League of Legends roster and the signing of Kiss "Vizicsacsi" Tamás also means that Astralis will be a team to watch in LoL tournaments.

Why is Astralis popular?

Astralis is one of the most popular eSport teams that punters bet on. There are several reasons why this team is famous in the eSports betting scene.

First is the team's dominance in Counter-Strike: Global Offensive tournaments. The team has excelled in four CS: GO Majors beating the household names including FaZe Clan, Fnatic, Team Liquid, and Natus Vincere. Astralis has also been a force to reckon with in several other top CS: GO tournaments. Definitely, this dominance makes the team popular on the betting scene as punters always bet on the most prolific winners and players.

Another reason for Astralis' popularity is the vast social media reach. The team boasts millions of followers on its social media channels: Twitter, Facebook, Twitch, YouTube, and Instagram. The wide audience makes it a popular eSports team on the betting scene.

Last is its partnership with UNIBET, one of the best eSports bookmakers. The team entered into a collaboration with UNIBET, which puts it on the frontline when it comes to betting. That means most UNIBET punters are more likely to bet on Astralis than any other eSports outfit.

Astralis is one of the most decorated eSports teams, particularly in Counter-Strike: Global Offensive. The team has raked in a total of $9,347,284.71 from 127 tournaments. Below are some of the biggest wins of the Danish outfit.

The above are the most significant achievements of Astralis. The team has won over 20 other Championships, including IEM Global Challenge 2020, DreamHack Masters Winter 2020 Europe, BLAST Pro Series: Global Final 2019, ECS Season 8 Finals, and BLAST Pro Series: São Paulo 2019, just to mention a few.

Best and most popular Astralis players

One of the key drivers of Astralis' success is its crop of talent. The team has significantly invested in talent acquisition bringing in the world's best players in the different divisions. Below are some of the best Astralis players.

Where and how to bet on Astralis

For those who are into eSports betting, Astralis is one of the best teams to bet on. But there are a few things punters need to know.

First is which is the best Astralis team to count on. As discussed earlier, Counter-Strike: Global Offensive is the division that Astralis is dominant in. That said, bettors who want to wager on Astralis have a better chance when they bet on the Astralis CS: GO team. The Astralis roster has some of the best CS: GO players. But that's not to say betting on other Astralis teams is not a good idea. This is as long as punters consider the opponent and, importantly, the odds. The rule of thumb is that the higher the odds, the lower the chances of winning, and vice versa.

The next aspect is about finding the best eSports betting sites. Play on a betting site with no deposit and deposit bonuses to increase the bankroll. A reputable betting regulatory authority should also license the site. Last, check the usability features; for example, live streams of the different eSports matches and tournaments. This fantastic feature enables punters to follow the action right from the betting site.