When utilizing esports betting sites, the user needs to pick the right team to wager on. It is best to choose one that has a long history of winning tournaments. This is certainly the case with Alliance. They are based in Sweden and have been part of the pro gaming scene since 2013. A management team of five individuals oversees the organization. In the past they focused on StarCraft II and League of Legends.

However, in recent years they have moved on to other popular titles. Therefore, punters looking for winning teams of these two games will have to look elsewhere. However, this does not mean that Alliance has become irrelevant. They have simply switched tournaments that have become less saturated with rival teams. 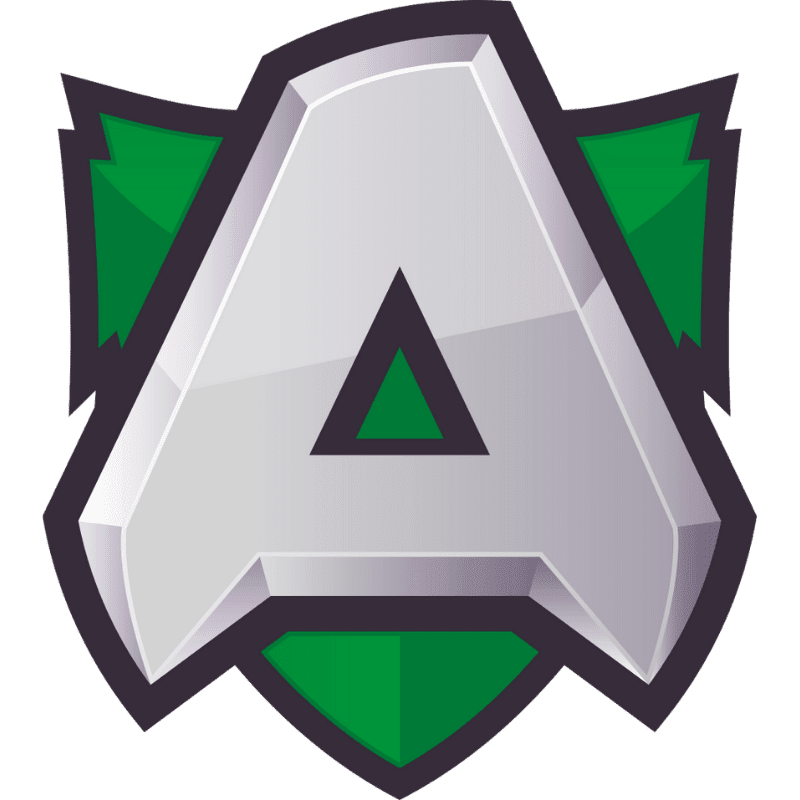 Alliance was originally owned by the GoodGame agency. This was a subsidiary of Twitch, a game streaming service under the control of Amazon. In 2016 Alliance announced its decision to leave GoodGame and become entirely player owned. This means that team members have an extra financial incentive for winning matches. This team has gained the attention of esports betting sites due to their high profile wins. For example, in 2013 they won the International, attaining the largest prize payout in the history of esports.

The best esports teams need to have highly skilled members who are able to outperform the competition. Since their emergence Alliance has recruited several big names. For example, in 2013 the StarCraft player Naniwa joined their ranks. A year later eports journalism sites reported that Armada had joined the team. This was significant as they were considered one of the best Super Smash Bros. players on the circuit.

In late 2013 the team decided to stop competing in the European League of Legends Championship Series. They also released SortOf, their last Starcraft II player. This was mainly due to new rules which prevented agencies from owning multiple teams. It was a major factor in Alliance leaving GoodGame and increasing their player autonomy. Esports betting fans need to take this issue into account when placing wagers on Alliance. They have a track record of excelling at certain titles before leaving them entirely.

They can sometimes drop players due to outside influences. At the same time a lot of emerging players are interested in joining Alliance due to the fact that they will not be controlled by a large agency. These variables can have a direct influence on the betting odds of Alliance matches.

This esport game team excels in a range of different game competitions. They have players from the Netherlands who have joined the Trackmania professional circuit. It is a racing game where players get to create their own tracks. Most Trackmania tournaments have a time trial format. Therefore, Alliance members need to have fast reflexes.

Driving is not the only game genre that Alliance excels at. They have put a lot of their focus into the battle royale genre. This includes the popular title Apex Legends. During professional matches two to three players have to team up and choose characters with specific abilities. Alliance members have to come up with a good character configuration and also work well together in order to win the match. The same can also be said of Fortnite, another battle royale title that has dominated esports in recent years.

Alliance has also expanded into the fighting genre by attaining players of Super Smash Bros. Melee. This game has a fairly unorthodox combat system. Punters need to study it if they want to make accurate predictions on tournament outcomes. Instead of a depleting health bar damage percentages are calculated with a counter that increases over time.

Why is Alliance Esports popular?

A savvy punter will look out for several factors when choosing a famous esport team. One of the most important is consistency. Whilst Alliance has suffered some losses over the years they have also managed to perform well when it counted. When all of their match scores are put together it becomes clear that Alliance has succeeded greatly since 2013.

A lot of esport teams like to join a wide range of different esport tournaments. The problem is that they can end up spreading themselves too thin. In contrast, Alliance chooses to focus on a handful of titles. This means they can put their energy into improving their performance. This has ended up becoming a winning strategy.

Alliance also has a fairly select group of players on their roster. On the surface this might make them appear to be a less high profile team. However, by only utilizing the very best people Alliance has established itself as an elite organization. This also means that punters have fewer individuals to choose from when placing an Alliance based bet. If there were more players available then the chances of making a winning prediction would be decreased.

The most popular esports teams need to have a track record of wins. Bookies took notice when the Alliance Dota 2 team attained the grand prize at the 2013 International. They ended up defeating former champions Natus Vincere during the final. The score was 3 - 2. During the group stages Alliance finished at 14 - 0, a perfect record for this competition. However, they also lost twice to Na'Vi and once to Team DK.

Their performance was weaker the next year. Alliance failed to defend their crown. They tied 11th place with a less than stellar record of 6 - 9. As a result their roster fell apart and Alliance moved on to other game tournaments.

When Alliance joined the European League of Legends Championship Series in 2013 they finished 3rd with 16 - 12. They were behind rivals SK Gaming and Fnatic. The player Froggen was voted MVP for the Spring Split. During the playoffs they fell to 4th place and lost to Fnatic at the semi finals. After the Summer Split the team ended up with a record of 21 -7. Their highlight of the year was winning the League of Legends World Championship after a 3 - 1 win against Fnatic.

The success of esport teams is often based on the amount of money that they end up attaining over time. Bookies usually factor this in when deciding on the odds of them winning. Since their inception Alliance has competed in over 360 tournaments. The total prize money earned exceeds $6,846,000. This makes them a very high profile team to watch out for.

The bulk of these funds were won on matches for the game Dota 2. In fact, 84% of it was accrued. This is due to two things: the large number of Dota tournaments and the exceptional performance of Alliance players in this title. In contrast the amount of money earned from other individual games is marginal. Whilst making $115,647 from Apex Legends sounds impressive this only accounts for 1.70% of Alliance prizes. Recently the team has broadened their reach into the fighting genre. So far this has led to them winning $301,124. This is 4.40% of their overall total.

When gamblers take all of these statistics into account it becomes clear the majority of Alliance's successes are due to one game: Dota 2. Therefore the punter may wish to focus on this title when making a wager. The problem is that Alliance no longer competes in Dota events. However, as the team expands its reach this could change in the near future.

A top esports team is only as good as its individual players. Since Alliance is based in Sweden makes sense that their best members also hail from this country. If people base the criteria for esports success on the amount of money earned then the following Alliance players can be considered the top ten:

Esports punters who back these players will notice that they have certain things in common. They have an extensive knowledge of the game and come up with tactics in order to gain the number one spot. Sometimes a player will be chosen by Alliance due to a specific skillset. For example, the best Trackmania players are fast and accurate at controlling vehicles.

Top battle royale players have skills that overlap with first person shooters. Speed is essential for those who want to compete in fighting game competitions. It should be noted that there is a management team at Alliance who decides which players to send to certain tournaments. Therefore, the success of the team as a whole is greatly effected by their decisions.

Where and how to bet on Alliance

The best esports betting sites will give users access to as many gaming markets as possible. If not then it will be harder to find specialist ones. The good news is that Alliance is a well known and mainstream esport organization. If a bookie has sections dedicated to video game events then this team is likely to feature.

However, it is unlikely that Alliance will be seen on these markets all year round. Instead the punter will have to wait until the right tournament begins. Specifically, they should look out for events based around Fortnite, Super Smash Bros., Apex Legends and Trackmania.

The right wagering strategy will depend on the specific game. Alliance are revered for making it to the final stages of tournaments. Therefore, the gambler might wish to wait until the semi finals. Doing so will allow them to watch Alliance perform and analyze their strengths. Battle royal games are always a risky bet because there are so many players on the map. It is better to choose racing titles because there are fewer variables to consider. During team based events the success of Alliance will be based on how well each member complements one another.